A downloadable game for Windows, macOS, and Linux

EGGNOGG+ is here!, with many cool new features...

- Deeper, more nuanced swordplay. Trap and press your opponent's blade, push them off-balance and force them into a pit of spikes or stab them in the legs. Disarm them with a perfectly timed parry and thrust. Execute the FLECHE and run them through with a surprise attack.

- Slide down the walls. You know you love it.

- SKELETONS and BUGS (scorpions, not glitches) and stuff

Added two new maps, just in time for STABMAS. Have fun stabbing! And don't forget to stab this holiday.

EGGNOGG+, a competitive arcade game of immortals sword-fighting to the death.

Stab each other, hurl and ricochet your swords off of the walls and ceilings, engage in pugilism, jump over spike pits to make it past your eternal foe and reach the far end of the strange complex. Hurl yourself triumphantly, and finally, into the EGGNOGG.

Created originally for the 2013 March TOJam as a re-imagining and parody of NIDHOGG (while awaiting the release of NIDHOGG).

EGGNOGG was a finalist at the 2014 Canadian Videogame Awards!

Youtubers/Let's Players: Feel free to record and do whatever you like with videos of EGGNOGG/EGGNOGG+ 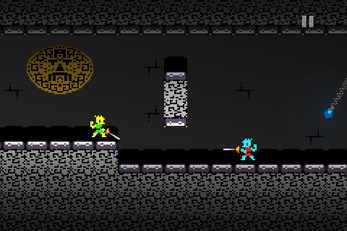 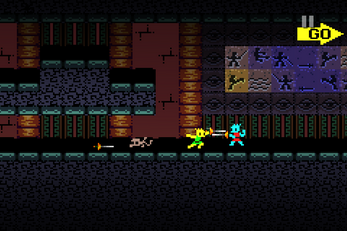 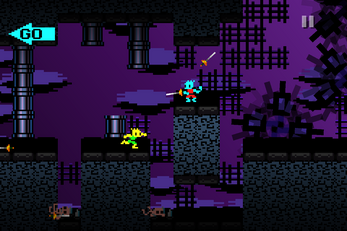 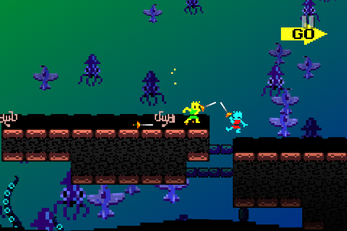 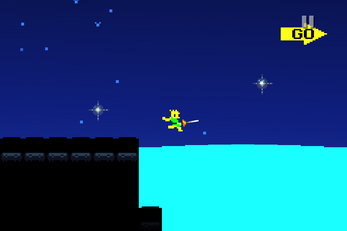